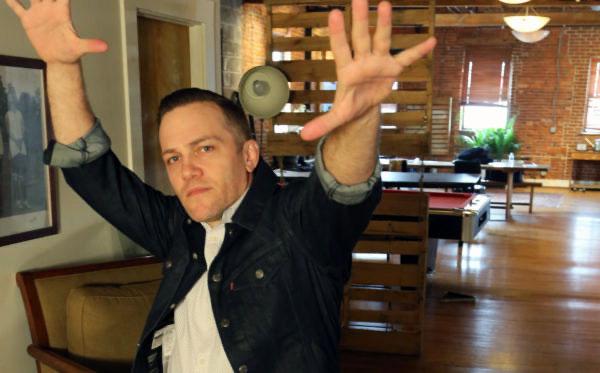 “Everybody has a story to tell, but nobody can tell it for you.”

Tim Stafford is an educator, poet, and storyteller from Chicago. He is the creator of the educational poetry anthology series, Learn Then Burn. This former Chicago Poetry Slam Champion has performed at universities and literature festivals around the world including the 2011 Zurich Poetry Slam Invitational, the 2012 German National Poetry Slam, the 2013 Copenhagen Poetry Slam, the 2014 Wordz Festival in Switzerland, and the 2014 Moth Grand Slam Finals in Chicago.

Tim speaks on a variety of topics including but not limited to:

Of the poet/educators currently working in the growing field of youth spoken word poetry, Tim Stafford is one of the best.

Tim Stafford is great poet and performer! He is able to connect with any student from any background. Can’t wait to have him back with our students.

Tim Stafford is serious about the craft of poetry and its importance in the classroom. He allows students and teachers to feel empowered enough to take risks in their own writing

CoolSpeak is the Nation’s #1 Youth Engagement Company for Students, Parents, and Teachers.

Put the Motivation Back into Education.

Let’s stay connected!  Follow us for the latest CoolSpeak news, tools and resources.